I have had a Logitech G600 for almost 6 years. I recently switched to an M1 Macbook Pro and was disappointed that I couldn’t get the Logitech software to work. I still wasn’t able to, but I was able to get my mappings stored on the mouse by booting up my old Intel Mac.

Initially, it wouldn’t even show the mouse in the Logitech G HUB software, but searching around I found I had to also install the Logitech Control Center. At this point, G HUB would see the mouse, but complain that it needed the kernel extension whitelisted. M1 Macs don’t allow you to whitelist kernel extensions, so that wasn’t going to work.

This was my old profile: 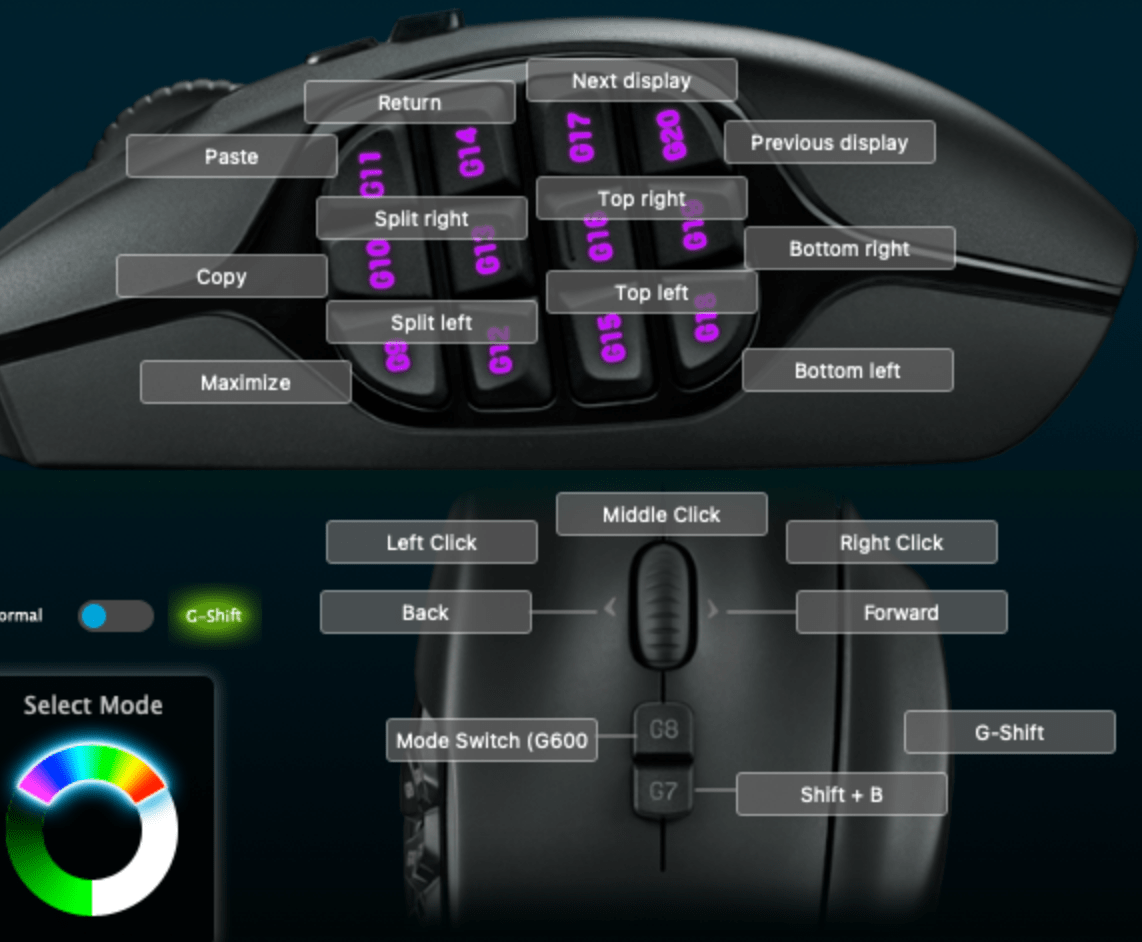 If you go this route, you don’t get automatic profile switching, and any time you want to modify your mouse you’ll have to plug it into a computer capable of running the software the driver or kernel extension. You also won’t be able to name the buttons like you can when using on-the-computer profiles. In my case, my old mappings looked like this (I use Magnet for window management).

To do this, launch Logitech Gaming Software, navigate to your mouse, and then toggle this selector switch 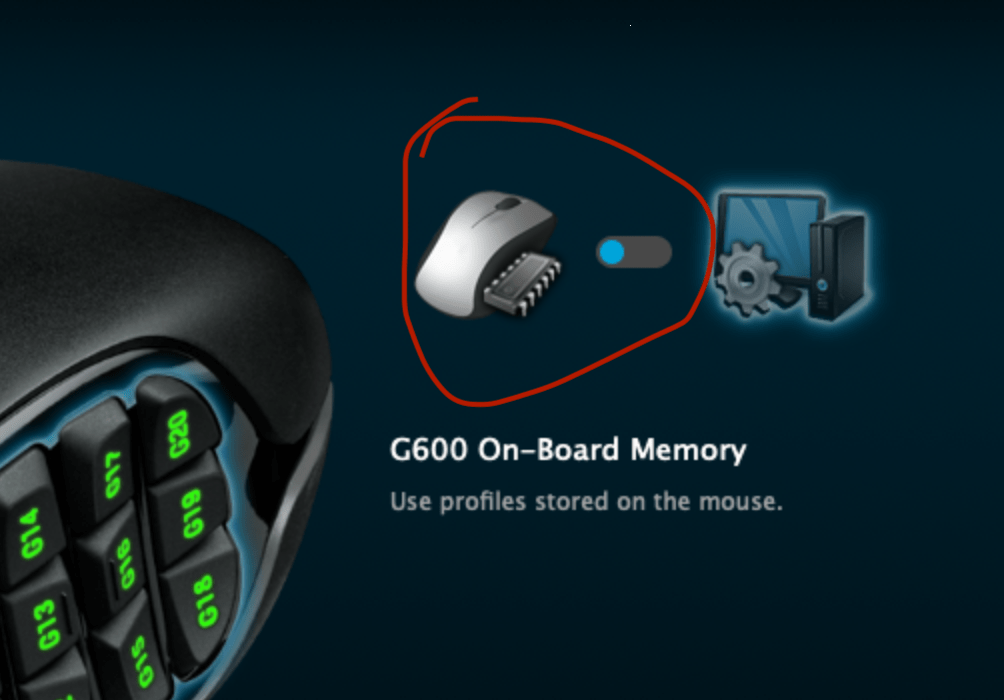 I had an annoying issue on my old Mac where before the software would start, my mouse would be super slow on tracking speed, and adjusting it in System Preferences did nothing. I discovered the issue was the on-mouse profile was messed up. I had to fix this because on the new M1 Mac without the software, it was always stuck in the unusably slow mode. 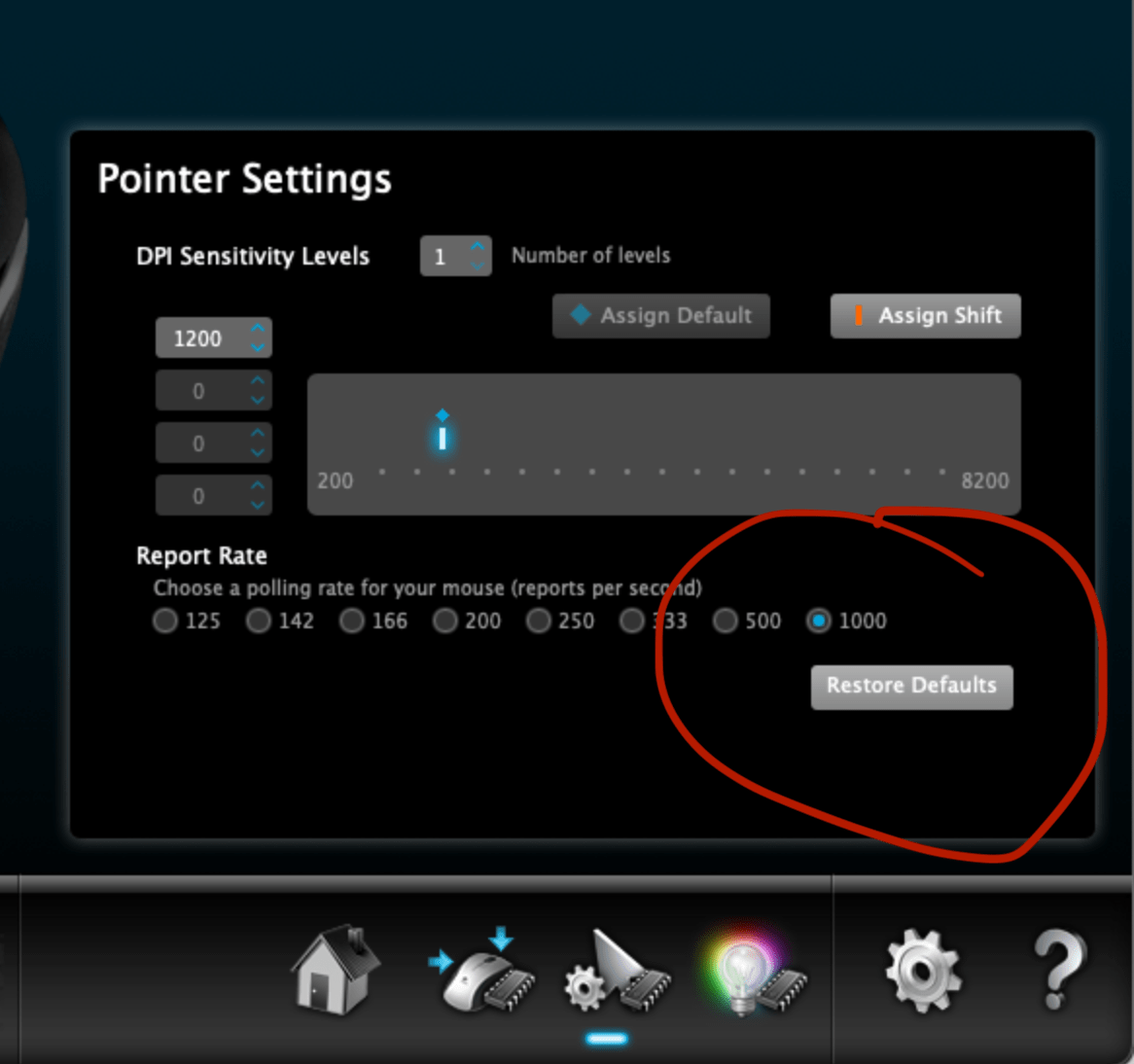 That was nice to get fixed!

Step 4 - Re-add all your mappings on the mouse

Now, re-add all your mappings to the mouse. You won’t be able to label them like before. 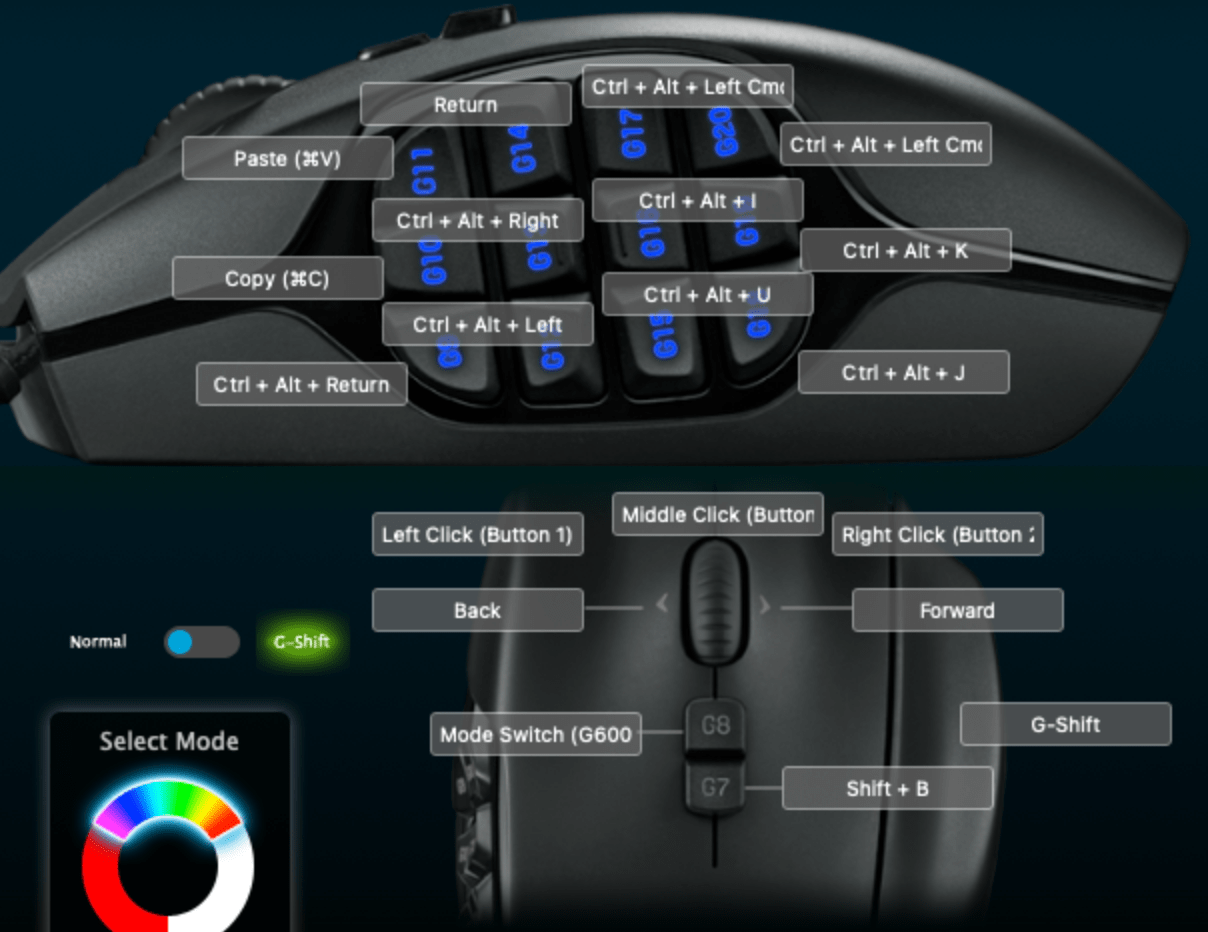 I’m not sure if I need to do this, but just to be safe I asked the software to kindly quit before unplugging the mouse and moving it back to my M1 Mac, ⌘ + Q

It works! I can now use all those shortcuts. I went ahead and uninstalled the bloated (300MB+) Logitech software, since it does me no good on the M1.